Scott Mitchell Net Worth and salary: Scott Mitchell is an American retired professional football player who has a net worth of $10 million. Scott Mitchell was born in Salt Lake City, Utah in January 1968. He played his college football at Utah as a quarterback. He was selected #93 by the Miami Dolphins in the 1990 NFL Draft. Mitchell served for three years as backup quarterback to Dan Marino and took over when Marino was injured in 1993. Mitchell joined the Detroit Lions as a free agent in 1994. He was injured and replaced by Dave Krieg. Offensive tackle Lomas Brown later admitted to missing a block on purpose that resulted in Mitchell's injury because Brown was upset with Mitchell's quality of play. Mitchell set single-season Lions records for touchdown passes and passing yards in 1995, which were both broken by Matthew Stafford. In 1998 Mitchell lost his starting job to Charlie Batch. Scott played in 1999 for the Baltimore Ravens and finished his career with the Cincinnati Bengals from 2000 to 2001. In 1992 he also played for the Orlando Thunder of the Arena Football League.

From 2008 to 2012 Scott was the head coach for his alma matter Springville High School football team in Utah. He stepped down to focus on his software business. Mitchell was a contestant on The Biggest Loser: Glory Days in 2014 after reaching 366 pounds. The show aired on September 11, 2014. 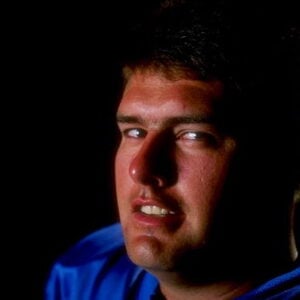