Santana Moss Net Worth: Santana Moss is an American football player who has a net worth of $8 million. Born Santana Terrell Moss on June 1, 1979 in Miami, Florida, he currently plays as wide receiver for the Washington Redskins of the National Football League (NFL). The athletically gifted Moss first started flaunting his football skills at the Miami Carol City Senior High, where he played for the Carol City Chiefs.

Thus, he led the team with 25 receptions for 600 yards and 12 touchdowns as a senior, as well as he gathered 450 yards on 12 kickoff returns. Following his year as senior, Moss earned third-team all-state football honors. His high school success was translated at college, as he earned All-American honors at the University of Miami. Next, he was selected by the New York Jets in the first round of the 2001 NFL Draft and has since been selected All-Pro once. Making his NFL debut with the Jets, Moss played a total of 51 games with the team and finished with 3,899 receiving yards, 19 touchdowns, 127 rushing yards, and 1,799 return yards. After his 2004 season, Moss was traded to the Washington Redskins, in exchange for WR Laveranues Coles. Since, he has been playing for the Redskins under a six-year contract, which was restructured in 2013. Off the field, Santana Moss married his high school sweetheart LaTosha Allen-Moss, with whom he has three children. 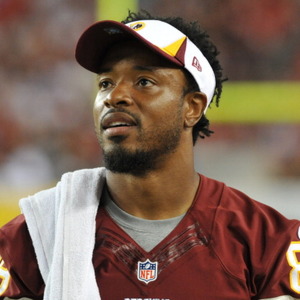