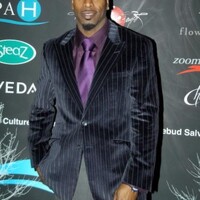 Sam Madison Net Worth: Sam Madison is a former American professional football player who has a net worth of $14 million. Born in Thomasville, Georgia, in 1974, Sam Madison played college football for the University of Louisville Cardinals. The Miami Dolphins drafted Madison with the 44th overall pick during the second round of the 1997 NFL Draft. He went on to play for the Dolphins until 2005 before singing a four-year free agent contract with the New York Giants heading into the 2006 season. Madison was part of the Giants' championship over the then-undefeated New England Patriots during Super Bowl XLII on February 3, 2008 in Arizona. Madison retired after the 2008 season with the Giants. He finished his pro career with 476 tackles, 38 interceptions, two quarterback sacks, five fumble recoveries, eleven forced fumbles, and more than 100 defended passes. The five-foot-eleven, 180-pound cornerback went to four straight Pro Bowls between 1999 and 2002 and he earned three All-Pro selections from 1999 until 2001. Madison, who lives in Florida, has worked as a Miami Dolphins analyst since his retirement. His home was part of an episode of MTV's hit show "Cribs". He has three children with his wife, Saskia: two sons, Kellen and Kaden, and one daughter, Kennedy.