Sam Koch net worth: Sam Koch is an American football player who has a net worth of $4 million dollars. Sam Koch was born in York, Nebraska, and played multiple positions for his football team at Seward High School in Seward, Nebraska. He also played basketball, baseball, and soccer, but chose to focus on football when he moved on to college.

He went on to attend the University of Nebraska – Lincoln, did not see much play his freshman and sophomore years. However, by junior year, he had established himself as an excellent punter, and went on to set school records. His senior year, he was ranked 2nd nationally. He graduated from the University of Nebraska in 2005 with a degree in Business Administration. The Baltimore Ravens drafted him in 2006. Since signing with the Ravens, he has sent franchise records for most career punt yards, longest career punt, and highest career yards per punt average. He is an AFC and Super Bowl Champion with the Ravens. 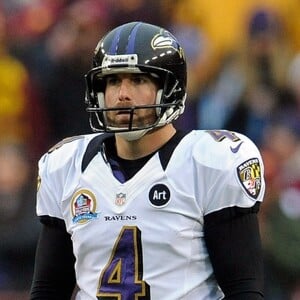