Sam Hurd net worth: Sam Hurd is an American former football player who has a net worth of $500 thousand. He played at the wide receiver position. In 2013 Sam was sentenced to 15 years in prison after being arrested on drug charges.

Sam Hurd was born on April 24, 1985 in San Antonio, Texas. He attended Brackenridge High School and was an all-state receiver, recording 20 touchdowns his senior year. After graduating, he attended Northern Illinois University, where he finished his career with 143 receptions, 2,323 yards, and 21 receiving touchdowns. The yards were the second-most in school history, while the touchdowns were third most in the school's history.

After going undrafted in the 2006 NFL Draft, Hurd was signed by the Dallas Cowboys as a free agent. He mostly played on special teams throughout his career with the Cowboys, finishing with just five catches for 75 yards during his rookie season and being named the Special Teams Player of the Week in 2006. In 2008 he had the opportunity to start, but hurt his ankle and played in just three games. In 2009 he led the team in special teams tackles with 19, and was named the special teams captain in 2010.

In July 2011, Hurd signed a three-year contract with the Chicago Bulls, but in December 2011 he was released from the team after he was arrested on drug-related charges. He was allegedly trying to purchase and distribute large quantities of cocaine and marijuana, and police believed he was involved with a group of dealers arrested in California in August 2011. After violating his bond by failing two drug tests, Hurd was arrested again in August 2012, and on November 13, 2013, he was sentenced to 15 years in prison. 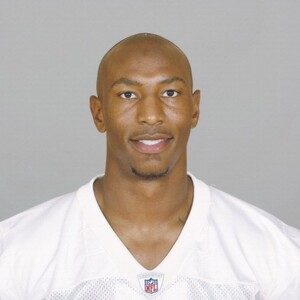