Ryan Shazier net worth: Ryan Shazier is an American professional football player who has a net worth of $4 million. Ryan Shazier was born in Lauderdale Lakes, Florida in September 1992. He is a linebacker who played at Plantation High School. Shazier played his college football at Ohio State where he was a first-team All-American and first-team All-Big Ten selection in 2013.

He was drafted #15 overall in the 2014 NFL Draft by the Pittsburgh Steelers and played his entire career with the team. Shazier was placed onto the physically unable to perform list after he sustained a severe hit on December 4, 2017 against the Cincinnati Bengals. He had spinal stabilization surgery and was unable to play in 2018 or 2019. Ryan Shazier was selected to the Pro Bowl in 2016 and 2017. He signed a four year deal with the Steelers for $9.5 million with a $5.23 signing bonus in 2014. 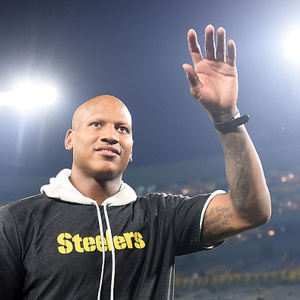