Ryan Russell net worth: Ryan Russell is an American former professional football player who has a net worth of $1 million. Ryan Russell was born in Carrollton, Texas in January 1992. He was a defense end who played at Creekview High School. Russell played his college football at Purdue University. He was drafted #163 by the Dallas Cowboys in the 2015 NFL Draft. Ryan Russell played for the Cowboys in 2015 and for the Tampa Bay Buccaneers from 2016 to 2017. During his first three seasons in the NFL he had 21 tackles and three sacks. Russell was released from the Cowboys and signed with the Bucs practice squad before being promoted to the active roster. He signed with the Buffalo Bills in 2018 but was released about a month later. Russell came out publicly as bisexual in 2019. He now resides in Los Angeles, California and has begun writing. He struggled with depression after his friend and former teammate passed away. 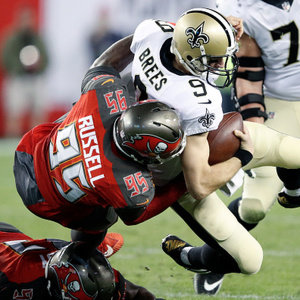