Ryan Diem Net Worth: Ryan Diem is a former American professional football player who has a net worth of $13 million. Ryan Diem was born in Roselle, Illinois, in 1979, and played college football for the Northern Illinois Huskies. The six-foot-six, 320-pound offensive tackle went on to join the Indianapolis Colts after the team drafted him with the 118th overall pick during the fourth round of the 2001 NFL Draft.

At one point during his collegiate career, he was thought of as a potential first-round draft prospect, but eventually fell to the fourth round. He played for the Colts for the next decade before his retirement in March of 2012. Diem anchored the team's offensive line en route to two AFC Championships in 2006 and 2009. He was part of the Colts' championship in Super Bowl XLI, where Indianapolis defeated the Chicago Bears on February 4, 2007, in Miami. Diem played in 158 career games, starting 150 of them, and recorded one fumble recovery. Since his retirement, he has become the co-owner of Modern Muscle, Inc., in Illinois. He sits on the board of directors at CloudOne, a cloud service provider. He has one child with his wife, Julie Constein, to whom he's been married since 2003. 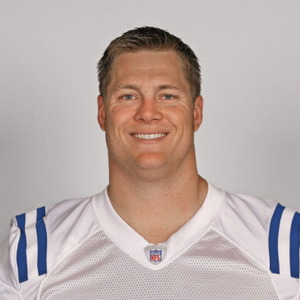