Ryan Clady net worth and salary: Ryan Clady is a retired American football player who has a net worth of $18 million. During his career Ryan played for the Denver Broncos from 2008 to 2015 and then retired after playing one season for the New York Jets.

Ryan Clady was born in 1986 in Long Beach, California. He played high school football at Eisenhower High School in Rialto, California where he was a first-team All-Citrus Belt League choice, a first-team All-San Bernardino County selection, and a Division I first-team All-California Interscholastic Federation selection. Ryan Clady was rated a two star prospect by Rivals.com. Ryan Clady played college football at Boise State University from 2004-2007 where he was the starting right tackle from the beginning of 2005 and started all 13 games of the season. In 2006, Ryan Clady was moved to left tackle and also started all 13 games. Clady was first team All-WAC following his sophomore and junior seasons. Ryan Clady was a key part of Boise State's amazing overtime win over Oklahoma in the 2007 Fiesta Bowl. He had the key block for Ian Johnson's game-winning Statue of Liberty play. Ryan Clady was chosen with the 12th overall pick in the first round of the 2008 NFL Draft by the Denver Broncos. He has been a three-time Pro Bowl selection.

Contracts: Ryan's biggest career contract was a five-year $46.75 million deal signed when he joined the Broncos as a rookie. The contract included $23.375 million in guaranteed money. 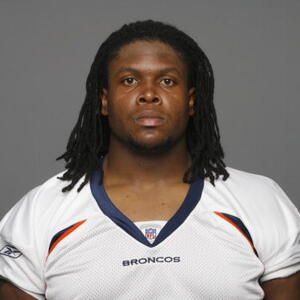