How much is Roy Williams Worth?

Roy L. Williams Net Worth: Roy Williams is a former American professional football player who has a net worth of $14 million. Roy Williams was born in Redwood City, California, in 1980. He played high school football in California before beginning his college playing career for the University of Oklahoma Sooners. He earned All-American and first-team All-Big 12 honors in 2001. He was also awarded the Bronko Nagurski Trophy, the Jim Thorpe Award, and the Jack Tatum Trophy. The Dallas Cowboys drafted Williams with the eighth overall pick of the first round of the 2002 NFL Draft. He played with Dallas until 2008 before joining the Cincinnati Bengals from 2009 until 2010. Williams earned five Pro Bowl nominations between 2003 and 2007 and one All-Pro selection in 2003. Williams finished his pro playing career with 596 tackles, 7.5 quarterback sacks, 20 interceptions, and eleven forced fumbles in 114 games. He started 111 of them as a six-foot, 222-pound safety. Williams retired during August of 2011. He started working as an analyst and reporter for the Sooners. Williams later became a recurring cast member of A&E's "Storage Wars: Texas". He is the founder of the Roy Williams Safety Net Foundation, which helps low-income single mothers. Williams was engaged to former Destiny Child's musician Kelly Rowland for two years. 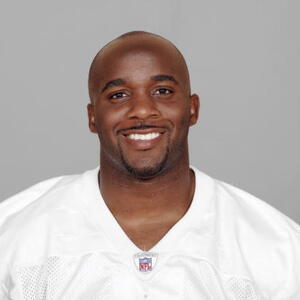