Roy E. Williams Net Worth: Roy E. Williams is a retired American football player who has a net worth of $12 million. Born Roy Eugene Williams, Jr. on December 20, 1981, in Odessa, Texas, he served as a wide receiver for eight seasons in the National Football League (NFL). As a high-school student, Williams lettered in three sports, i.e., football, track and basketball, earning all-state honors in football and track.

He continued his education at the University of Texas Longhorns where he also played college football among other sports. Subsequently, he was selected by the Detroit Lions seventh overall in the 2004 NFL Draft. Williams made his professional debut with the Lions in 2004, and he remained with the team for four years. As a Lion, he was a Super Bowl selection in 2006. Roy E. Williams also spent time playing for the Dallas Cowboys and Chicago Bears, after which he retired from the NFL announcing his withdrawal on his Facebook page on September 8, 2012. Apart from his contributions on the football pitch, he also played a small part in the 2004 sports film "Friday Night Lights". 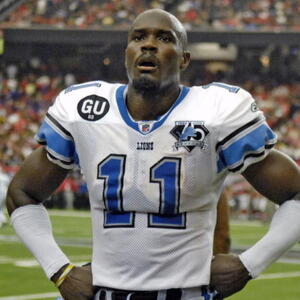