Rosey Grier net worth: Rosey Grier is an American actor, singer, minister, and former professional football player who has a net worth of $5 million. Rosey Grier was born in Cuthbert, Georgia in July 1932. He was a defensive tackle who played at Abraham Clark High School. Grier played his college football for Penn State University and was drafted by the New York Giants in the 1955 NFL Draft. Grier played for the Giants from 1955 to 1962 and for the Los Angeles Rams from 1963 to 1966. He was a two time Pro Bowl selection and three time All-Pro selection. After playing football he worked as a bodyguard for Robert Kennedy. Grier was guarding Ethel Kennedy during the Robert F. Kennedy assassination and he subdued the shooter Sirhan Sirhan. As an actor Grier starred in the TV series Daniel Boone, Make Room for Granddaddy, and Movin' On. As a singer his best known single was a "People Make The World" which was a tribute to Robert Kennedy. He authored the book Rosey Grier's Needlepoint for Men and wrote five more books. Grier became an ordained Christian minister in 1983. He founded the nonprofit American Neighborhood Enterprises. 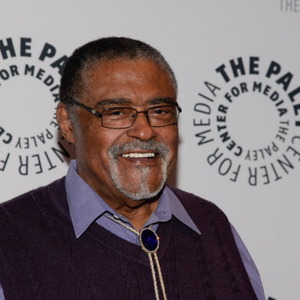