Ronnie Lott Net Worth: Ronnie Lott is an American former professional football player who has a net worth of $5 million. Ronnie Lott was born in Albuquerque, New Mexico in May 1959. Lott was a cornerback and safety who played at Eisenhower High School in Rialto, California. He won the Ken Hubbs Award and later had the stadium named after him.

He played for the University of Southern California where he was a unanimous All-American and was later inducted into the College Football Hall of Fame and the USC Athletic Hall of Fame. Lott was drafted #8 by the San Francisco 49ers in the 1981 NFL Draft. He played for San Francisco from 1981 to 1990 before playing for the Los Angeles Raiders from 1991 to 1992 and the New York jets from 1993 to 1994. During his NFL career Lott won four Super Bowl championships and four NFC championships. He was an eight time AP First Team All-Pro and made the Pro Bowl 10 times. Lott has been rated the #11 NFL Player of all-time by NFL.com. He has been selected to the NFL 75th Anniversary All-Time Team, the NFL 1980s All-Decade team, and the NFL 1990s All-Decade Team. Lott had his #42 retired by the San Francisco 49ers and was inducted into the Pro Football Hall of Fame in 2000. After retiring from the game he got into broadcasting. 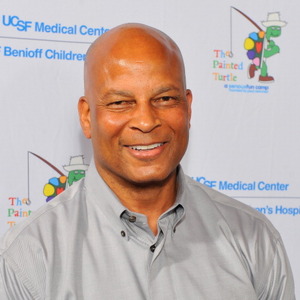