Ronnie Hillman net worth: Ronnie Hillman is an American football player at the running back position for the Denver Broncos who has a net worth of $1.5 million. Ronnie Hillman was born in 1991 in Long Beach, California and attended La Habra High School where he lettered in football, basketball, and track and field and was also a member of Snoop Lion's Snoop Youth football league. He led the La Habra High School football team to the 2008 CIF Southern Section Southwest Division title. Ronnie Hillman played his college football at San Diego State University, though he sat out the 2009 season due to administrative issues with his admission that did not affect the length of his NCAA eligibility. In his freshman season in 2010, Ronnie Hillman rushed for 1,532 yards and 17 touchdowns with six 100-yard rushing games that season, the most for any Aztec running back since 2001. As a junior, Ronnie Hillman rushed for 1,478 yards and 15 touchdowns, ranking fourth among all NCAA FBS players in rushing yards per game with 134.6 rushing yards per game. He decided to forego his final year of eligibility and enter the 2012 NFL Draft. Ronnie Hillman was selected with the 67th overall pick in the third round of the 2012 NFL Draft by the Denver Broncos. 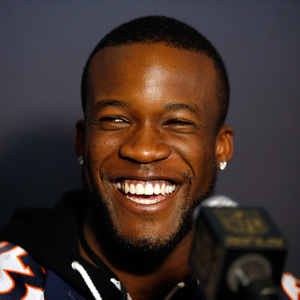