Ronnie Brown Net Worth: Ronnie Brown is an American professional football player who has a net worth of $14 million. Ronnie Brown was born in Rome, Georgia, in 1981, and played college football near his home state for the Auburn University Tigers. Brown earned second-team All-SEC honors twice during his college career. He played for Auburn from 2000 until 2004 and earned his communications degree. His career-best season in college came in 2002 as he worked in a timeshare with fellow future-pro Carnell Williams. The Miami Dolphins drafted him with the second overall pick during the first round of the 2005 NFL Draft. He played in South Florida until 2010 before joining the Philadelphia Eagles on a one-year contract in 2011. Brown went on to play for the San Diego Chargers from 2012 until 2013 before joining the Houston Texans in 2014 and later the Chargers a second time during the same season after injuries decimated San Diego's running back corps early in the season. The six-foot, 223-pound running back has amassed 5,332 rushing yards and 38 rushing touchdowns for a 4.2 rushing average as of the 2014. He also has 242 receptions for 1,922 yards and two scores. He earned Pro Bowl honors in 2008. 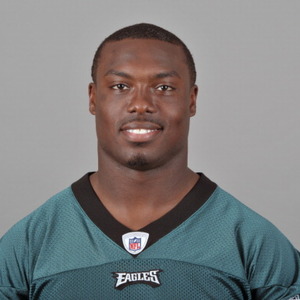