Roman Gabriel net worth: Roman Gabriel is an American former professional football player and coach who has a net worth of $2 million. Roman Gabriel was born in Wilmington, North Carolina in August 1940. He was a quarterback who played at New Hanover High School. Gabriel played his college football at North Carolina State University where he was a two time First-team All-American and two time ACC Player of the Year.

He later had his #18 retired from NC State. Gabriel was drafted #2 overall in the 1962 NFL Draft and also #1 overall in the 1961 AFL Draft. He played for the Los Angeles Rams from 1962 to 1972 and the Philadelphia Eagles from 1973 to 1977. Gabriel won the NFL Most Valuable Player award in 1969 and was the NFL passing yards leader in 1973. He was a two time NFL passing touchdowns leader and a four time Pro Bowl selection. He was also a First-team All-Pro in 1969 and NFL Comeback Player of the Year in 1973. Gabriel went on to coach Cal Poly Pomona from 1980 to 1982. He was the offensive coordinator for the Boston Breakers in 1983 and coached the Raleigh-Durham Skyhawks in 1991. 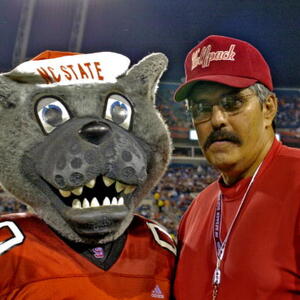