Roland 'Champ' Bailey Net Worth and salary: Roland 'Champ' Bailey is an American football player who has a net worth of $45 million. Born Roland Bailey on June 22, 1978, in Folkston, Georgia, he serves as cornerback for the Denver Broncos in the National Football League (NFL). Even as junior at Charlton, Bailey showed that he has a huge athletic potential becoming Georgia's high jump champion.

Next, he received an athletic scholarship to attend the University of Georgia where he played for the Georgia Bulldogs football team (1996-1998) and earned All-American honors. It was in 1999 that he was selected seventh overall in the first round of the NFL Draft that year by the Washington Redkins. As a Redskin, Bailey enjoyed a reputation as one of the league's best defensive backs. But once his contract with the team expired in 2003, he got traded and signed a 7-year contract worth $63 million with the Denver Broncos. Now he ranks first among Broncos in all-time career interceptions. To date, Roland Bailey has appeared in eleven Pro Bowls and selected for twelve (the most for any cornerback). What's more, he is considered to be one of the best pass defenders in NFL history. As of January 2019, Champ Bailey has earned $109 million in salary alone. 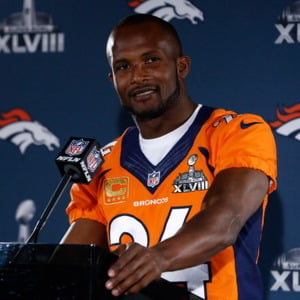