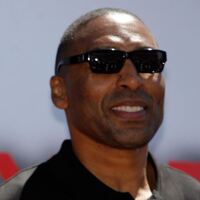 Roger Craig net worth: Roger Craig is an American former professional football player who has a net worth of $5 million. Roger Craig was born in Davenport, Iowa in July 1960. He was a running back who played at Davenport Central High School and Nebraska. Craig was drafted #49 overall by the San Francisco 49ers in the 1983 NFL Draft. He played for the 49ers from 1983 to 1990. He also played for the Los Angeles Raiders in 1991 and the Minnesota Vikings from 1992 to 1993. Roger Craig won three Super Bowl championships and was selected to the Pro Bowl four times. He was the NFL Offensive Player of the Year in 1988 when he was also a first-team All-Pro selection. Craig was named the NFC Player of the Year in 1988 and has been selected to the NFL 1980s All-Decade Team and the San Francisco 49ers Hall of Fame. He finished his NFL career with 8,189 rushing yards and 4,911 receiving yards with 73 touchdowns. Craig later worked as the VP of Business Development at TIBCO Software.