Rod Smith Net Worth: Rod Smith is a retired American professional football player who has a net worth of $15 million. Rod Smith was born in Texarkana, Arkansas, in 1970, and played college football at Missouri Southern State University. Smith went undrafted in 1994 despite being eligible for the NFL Draft after his college career.

Smith landed a free agent deal with the Denver Broncos in 1995 and went on to play every game of his career in the Mile High City before his 2006 retirement. Smith, a wide receiver, went on to have a Pro Bowl career, earning three berths in 2000, 2001, and 2005. Smith is a two-time All-Pro (2000, 2001) and won two Super Bowl championships with the Broncos: Super Bowl XXXII and XXXIII. He finished his pro playing career with 849 receptions for 11,389 receiving yards and 68 touchdowns. Smith became the only player to reach the 10,000-receiving yard milestone despite not getting drafted, and, at the time of his retirement, he had the most receiving yards and touchdowns of all undrafted players in NFL history. Smith held Broncos franchise records for receptions, receiving yards, and receiving touchdowns for his career. Smith, who now works in business after hanging up the cleats, has three children. 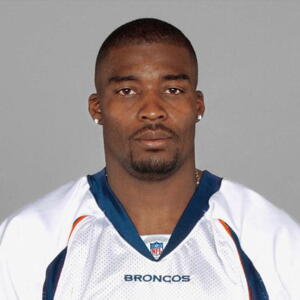