Robert Turbin net worth and salary: Robert Turbin is an American football player at the running back position for the Seattle Seahawks who has a net worth of $2 million. Robert Turbin was born in Oakland, California in 1989 and played high school football at Irvington High School in Fremont, California.

As a senior, Robert Turbin was named the league's Defensive Player of the Year. He was also on his high school's basketball team and track team. Robert Turbin played college football for the Utah State University Aggies. In 2009 he was a redshirt sophomore who gained 1,296 rushing yards, 418 receiving yards, and scored 18 touchdowns. Robert Turbin missed the 2010 season with a knee injury. In the first half of the 2011 season, he ran for at least 100 yards in five of six games and finished the 2011 season ranked 10th among NCAA FBS players with an average of 6.1 yards per carry on 1.517 rushing yards. Robert Turbin was selected with the 106th overall pick in the fourth round of the 2012 NFL Draft by the Seattle Seahawks. In his rookie season Robert Turbin ran for 354 yards on 81 carries as a backup to running back Marshawn Lynch. 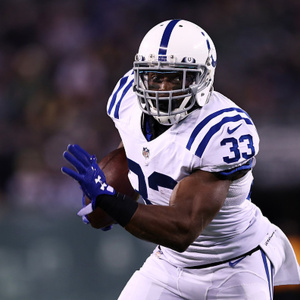