Robert Smith net worth: Robert Smith is an American professional football player who has a net worth of $10 million. Robert Smith was born in Euclid, Ohio in March 1972. He was a running back who was named Mr. Football Ohio and a USA Today High School All-American at Euclid High School.

Smith played his college football at Ohio State. He was drafted #21 by the Minnesota Vikings in the 1993 NFL Draft and played his entire career for the Vikings until 2000. Smith was named the NFL Alumni Running Back of the Year in 2000 and was also a Second-team All-Pro that year. He was a two time Pro Bowl selection. He holds records for being second for all-time Minnesota Vikings career rushing yards and was passed by Adrian Peterson in 2012. Smith also holds the NFL record for average yards per touchdown rush with 27.2. He retired to pursue a career in medicine and founded the Robert Smith Foundation and authored the book The Rest of the Iceberg: An Insider's View on the World of Sport and Celebrity. 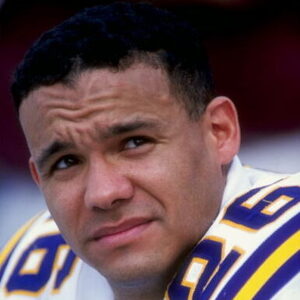