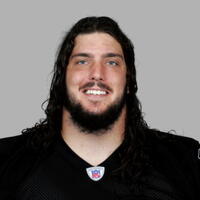 Robert Gallery Net Worth: Robert Gallery is an American former professional football player who has a net worth of $12 million. Robert Gallery was born in 1980 in Manchester, Iowa. He played college football close to home for the University of Iowa Hawkeyes. Gallery was a fixture along the Iowa offensive line and was a first-team All-American and the winner of the 2003 Outland Trophy awarded to the best offensive interior lineman in the U.S. Considered one of the top offensive line prospects in recent history, Gallery was selected with the second overall pick in the 2004 NFL Draft. He made his rookie debut for the Oakland Raiders later the same year and played in Oakland until 2010. Though Gallery was drafted with the intent to lock down the left tackle position, he didn't have much success anchoring the line and was instead move to left guard, where he thrived. Gallery signed a three-year, $15 million deal with the Seattle Seahawks in 2011, though the team released him the next season. He then earned a one-year deal with the New England Patriots during the spring of 2012. Prior to playing a down with the Pats, Gallery announced his retirement in August of 2012. He played in 104 career games with 103 starts and recovered four fumbles.