Robert Ayers net worth: Robert Ayers is an American professional football player who has a net worth of $6 million. Robert Ayers was born in Jersey City, New Jersey in September 1985. He is a defensive end who was All-State at Hoboken High School. Ayers played his college football at the University of Tennessee where he was named First team All-SEC in 2008.

He was drafted #18 by the Denver Broncos in the 2009 NFL Draft. Ayers signed a five year deal with Denver for $9.7 million. In 2014 he signed a two year deal for $4 million with the New York Giants. In 2013 he won an AFC Championship with the Broncos. In December 2014 he suffered a torn pectoral muscle and was played on injured reserve. 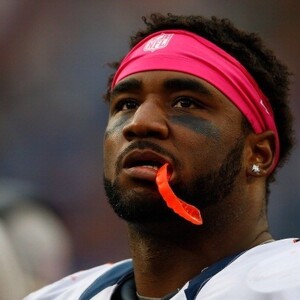