Rob Konrad net worth: Rob Konrad is an American financial advisor and former professional football player who has a net worth of $3 million. Rob Konrad was born in Rochester, New York in November 1976. Konrad was a fullback who played at St. John's Preparatory School in Danvers, Massachusetts. He played for Syracuse University where his #44 has been retired.

Konrad was drafted #43 by the Miami Dolphins in the 1999 NFL Draft. He played for the Dolphins from 1999 to 2004. Konrad now serves as CEO of Alterna Financial and he is a Managing Director of KT Capital Partners. He founded Allen Konrad Asset Management with friend Tim Allen in 2004. In 2007 Konrad became a member of the Florida State Board of Administration's Investment Advisory Council. While fishing alone in the Atlantic Ocean in January 2015 he fell off his boat which was on autopilot and swam about nine miles in nine hours to reach shore. 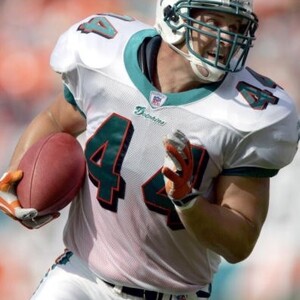