What is Ricky Williams' Net Worth?

Ricky Williams is a former American professional football player who has a net worth of $6 million. Williams spent 11 seasons in the NFL as a running back. During his NFL career Ricky earned $24 million in salary.

He also spent a single season in the CFL and played four years of minor league baseball. After proving his potential while playing college football for the University of Texas and winning the Heisman Trophy, Williams was drafted by the New Orleans Saints in 1999.

He then spent several seasons with the Miami Dolphins before being suspended from the NFL. During his suspension, he played for the Toronto Argonauts of the CFL. He then rejoined the Dolphins and spent several additional seasons with them before ending his career with the Baltimore Ravens. Ricky remained in the world of football, coaching at the University of the Incarnate Word and working as an ESPN analyst. In 2015, he was inducted into the College Football Hall of Fame.

Errick Lynne Williams Jr. was born alongside his twin sister on May 21st of 1977 in San Diego, California. Both of his parents were teenagers when he was born, and they eventually divorced when Ricky was five. By this point, Williams was already taking care of his younger sisters. He even cooked for them. However, he also struggled with mental health issues, which affected his academic performance in school. This was despite intelligence tests that seemed to suggest he had high potential.

As time went on, Ricky became a top academic achiever in high school, becoming an honor roll student and being named to the All-American team in San Diego. He played a number of sports during this time, including baseball, football, and wrestling. In addition, Williams joined the track and field team. But it was on the football field that Ricky truly stood out. He ran for 2,099 yards during his senior year, scoring 25 touchdowns.

These achievements were enough to earn him an athletic scholarship to the University of Texas, where he played college football for three years. During his senior year, he rushed for 385 yards within the first two games of the season, scoring nine touchdowns in the process. He then broke the NCAA career rushing record, which was previously held by Tony Dorsett.

Despite his football achievements, Williams also maintained a love for baseball. He was drafted by the Philadelphia Phillies directly out of high school in 1995. He was then drafted by the Montreal Expos and the Texas Rangers, but by that point, he had already decided on a future career in the NFL.

In 1999, Ricky was drafted by the New Orleans Saints. He allegedly received an $8-million signing bonus. Depending on his heavily incentivized contract, the value of the deal was rumored to be worth between $11 million and $68 million. However, he earned only $125,000 during his first year because he dealt with numerous injuries during his rookie year. Various observers heavily criticized the terms of the contract, although Williams stressed that the incentives were his idea. However, his performances improved during the 2000 season.

In 2002, Ricky was traded to the Miami Dolphins and continued to impress. That season, he became the NFL's leading rusher and earned selection to the All-Pro and Pro Bowl teams. During this period, he was known for conducting TV interviews with his helmet on, which featured a tinted visor. In 2004, Ricky tested positive for marijuana. He was fined $650,000 and was suspended for four games. This caused Williams to retire in 2004. 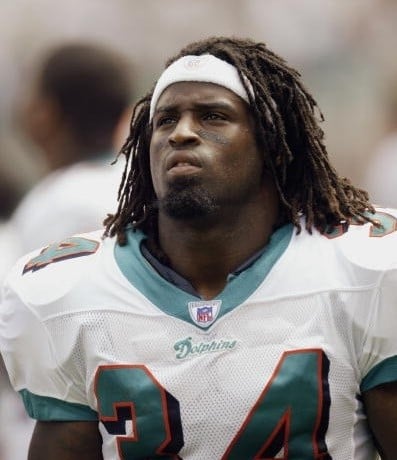 However, Ricky returned to football after studying Ayurveda in California and played well for the Dolphins. Unfortunately, he failed a fourth drug test, although he allegedly did not test positive for marijuana. It has been suggested that the drug was some other type of herb used in holistic medicine. Although he was suspended, Williams was able to play a single season with the Toronto Argonauts, signing a contract that made him the highest-paid running back in the CFL. In the years that followed, the CFL created a policy that banned teams from signing suspended NFL players. This has been called the "Ricky Williams Rule."

By 2007, Williams had rejoined the Miami Dolphins. He played well for a few additional seasons before a serious injury in 2009. However, he recovered in 2010 and played well. At the age of 33, Williams signed a two-year, $2.5-million contract with the Baltimore Ravens in 2011. He completed his two years in Baltimore, surpassing 10,000 career rushing yards in 2012. Later that year, he retired from the NFL.

Ricky Williams has been quite vocal about his struggles with mental health over the years. He has stated that he was diagnosed with various disorders, such as social anxiety disorder, borderline personality disorder, and avoidance disorder. He eventually sought treatment with therapy and medication, even becoming a spokesperson for Paxil and GlaxoSmithKline. However, he later abandoned these pharmaceutical treatment options and advocated instead for cannabis use.

Williams is a strong advocate of medical cannabis. In 2018, he created Real Wellness, a company that sells cannabis-based products that are sold in California dispensaries. To begin with, the company raised approximately $500,000 from various investors.

Ricky Williams has continued to attend various educational institutions after retiring from the NFL. He is a qualified yoga instructor who is allegedly a master of pranic healing. In 2009, it was reported that he had attended Acupuncture and Massage College in Miami, Florida. In 2018, it was reported that he was in the first year of a master's program at Emperor's College of Traditional Oriental Medicine in Santa Monica.

In 2016, it was reported that a New Orleans woman had been charged with various crimes after stealing "millions" from Ricky Williams and other pro athletes. Peggy Ann Fulford used multiple aliases over the course of her fraudulent career, was charged with wire fraud, mail fraud, interstate transportation of stolen property, and money laundering. This woman allegedly lied to Williams and other athletes, claiming to be a financial advisor and money manager who had studied law and business at Harvard. After obtaining money from Williams, she spent the money on herself instead of paying their bills as promised. 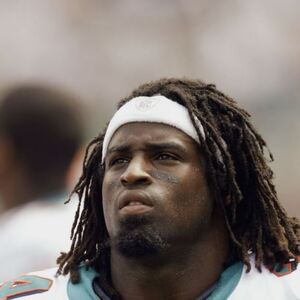