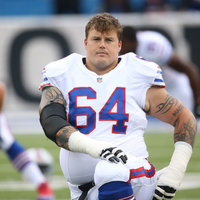 Richie Incognito net worth: Richie Incognito is an American professional football player who has a net worth of $10 million dollars. Richie Incognito was born in Englewood, New Jersey, and grew up in Arizona. He was an All-America offensive lineman and a finalist for the Arizona-Player-of-the-Year during high school. He was also awarded the Frank Kush Award for Best Offensive Lineman in Arizona. He went on to play college football for Nebraska, but anger management issues, and multiple misdemeanor assault charges, led to his suspension and eventual transfer to the University of Oregon. He was dismissed from the University of Oregon team a week after he arrived. The St. Louis Rams drafted him in 2005, though many scouts were wary of his anger management issues. He played well during the 2006 season with the team, but was only moderately successful in subsequent seasons. He also racked up more fouls and penalties in his four seasons with the team than any other player. He then went on to play for the Miami Dolphins. In 2013, he was suspended, after his harassment of a fellow teammate resulted in the player leaving the team. Other previous incidents of assault and harassment of other personnel also came to light.