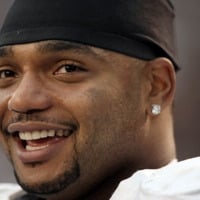 Richard Seymour Net Worth: Richard Seymour is an American football player who has a net worth of $21.6 Million. Born Richard Vershaun Seymour on October 6, 1979, in Gadsden, South Carolina, he is now a free agent in the National Football League (NFL). Seymour played college football for the University of Georgia, where he was part of the defensive line. After college, he was drafted sixth overall by the New England Patriots in the 2001 NFL Draft. Most of his career, Seymour played for the New England Patriots with whom he won three Super Bowls. After they traded him to the Oakland Raiders for a first-round draft pick in 2009, Seymour was initially upset but everything turned out well as he signed a two-year, $30 million contract with Oakland in 2011. Thus, he became the highest-paid defensive player in the league at the time. Throughout his entire career, Seymour has played in seven Pro Bowls, has been named to three All-Pro teams, as well as has been a member of three Super Bowl-winning Patriots teams. Some regarded him as the best defensive lineman in the NFL, while others described Seymour as the best #6 overall draft pick of all time. Either way, we can say he truly left a mark in the sport.