Rex Ryan net worth and salary: Rex Ryan is an American football head coach who has a net worth of $20 million and annual salary of $4 million. Rex Ryan was born in Ardmore, Oklahoma in December 1962. Rex is a fraternal twin to brother Ron and their father Buddy is a famed NFL head coach.

At the age of six Rex knew he wanted to follow in his father's footsteps. He played defensive end for Southwestern Oklahoma University with his brother. He was inducted into the school's Hall of Fame in 2011. He coaching start came as a graduate assistant at Eastern Kentucky. He then went to be an assistant coach at New Mexico Highlands, and defensive coordinator at Morehead State. He went to the NFL's Arizona Cardinals to work under his father for two years and then went back to college football to be the defensive coordinator for Cincinnati, Oklahoma, and Kansas State. After that he became defense line coach for the Baltimore Ravens of the NFL, eventually becoming the defensive coordinator and assistant head coach. Since 2009 Rex Ryan has been the head coach of the New York Jets. He is known for being outspoken and led the Jets to the AFC Championship Games in 2009 and 2010. He released his autobiography in 2011 and made a cameo in That's My Boy in 2012. 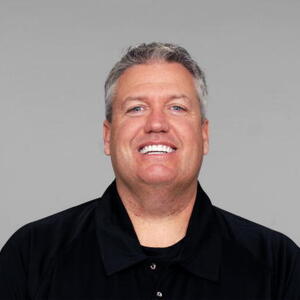