Rex Grossman Net Worth: Rex Grossman is an American football player who has a net worth of $8 million. Born Rex Daniel Grossman III on August 23, 1980, in Bloomington, Indiana, he is the quarterback for the Washington Redskins of the National Football League (NFL). Actively playing football since grade school, it wasn't hard for Grossman to earn a football scholarship for the University of Florida.

Showing an incredible talent as a college quarterback, Grossman led the Florida Gators to the 2000 Southeastern Conference (SEC) Championship, the 2001 Sugar Bowl, the 2002 Orange Bowl, as well as the 2003 Outback Bowl. Also, he was recognized as a consensus first-team All-American and emerged as runner-up for the Heisman Trophy in 2001. It was in 2003 that he was picked by the Chicago Bears in the first round of the NFL Draft that year. Grossman went on to spend most of his first three NFL seasons with the Chicago Bears, followed by short tenures with the Houston Texans and the Washington Redskins. He saw the completion of his first full NFL season in 2006, leading the Bears to a National Football Conference Championship and a Super Bowl berth. Next, Grossman lost his starting job three weeks into the 2007 season, and then served as the team's backup quarterback. Already sidelined with injuries, he spent a year as a back-up quarterback for the Houston Texans in 2009. Eventually, he joined the Washington Redskins' as starting quarterback in the final three games of the 2010 season and played there until 2013. He played on the practice squads for the Cleveland Browns and Atlanta Falcons before retiring. In 2009 Grossman and his wife founded Florida Medical Staffing. 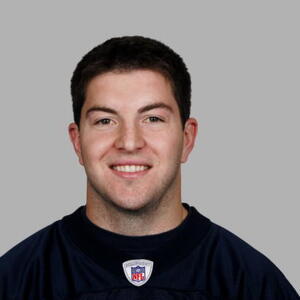