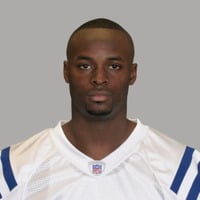 Reggie Wayne net worth: Reggie Wayne is an American professional football player who has a net worth of $10 million dollars. Reggie Wayne was born in New Orleans, Louisiana, and went on to attend the University of Miami, where he set a school record for catches. He also set the school record for receptions by a freshman his first year, and the record has not yet been broken. After graduating, the Indianapolis Colts drafted him in 2001. He became an integral part of the starting lineup in 2002, and has since played excellent football for the team. He has set numerous records as a Colt, and is a six-time Pro-Bowl selection, a 3-time All-Pro Selection, and a Super Bowl champion. He is currently 10th in career receptions among all-time leading receivers, and second in career playoff catches. He is the ninth player ever to receive 1000 receptions during his professional career. In 2013, he played 189 games in a row, the third longest streak of consecutive play for a wide receiver in NFL history. He tore his ACL and will be out for the remainder of the 2013 season.