Randall Cunningham net worth: Randall Cunningham is an American former quarterback in the National Football League who has a net worth of $10 million. As a graduate of the University of Nevada-Las Vegas, Randall Cunningham was selected in the second round of the 1985 NFL Draft by the Philadelphia Eagles. He started as a backup player in 1985, but he already became a starter in his second season.

From 1988 to 1990, Cunningham passed for 3,400 or more yards in three straight seasons and had high touchdown to interception ratios all three years. He remained with the Eagles through the 1995 season, after which he announced his retirement from football, taking a job as an analyst for TNT in 1996. However, Cunningham's retirement didn't last long, having resumed his career the following year. In 1997, he was signed by the Minnesota Vikings as a backup, and he took over as a starter in his second year with the team. He played for the Vikings until 1999, when they let him go to a free agency. Cunningham completed his NFL career as a backup with the Dallas Cowboys in 2000, and the Baltimore Ravens in 2001. Then he re-signed with the Philadelphia Eagles and retired for good in 2002. Together with Johnny Unitas, Cunningham is a three-time winner of the Maxwell Football Club's Professional Player of the Year award. He won the trophy in 1988 and 1990, as an Eagle, and in 1999 as a Viking. 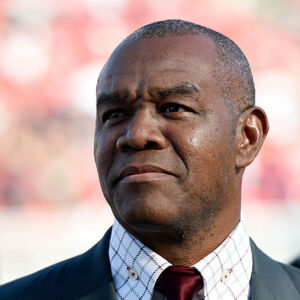