What is Randall Cobb's Net Worth and Career Earnings?

Randall Cobb is an American professional football player who has a net worth of $25 million dollars.After playing for the University of Kentucky, Randall was drafted by the Green Bay Packers in 2011. During his first game with the team, he tied the record for the longest kickoff return in NFL history with a 108-yard kick. He was subsequently named the 2011 NFL Player of the Year. He was also the NFL All Purpose Yards leader in 2012. Cobb has also played in the NFL for the Dallas Cowboys and the Houston Texans.

Randall Cobb was born on August 22, 1990 in Maryville, Tennessee to Randall Sr. and Tina. His father worked at a Denso car parts factory by day and did a number of odd jobs at night, while his mother, a former high school track star, also worked at Denso. He has an older brother named Michael. As a teen, Cobb went to Alcoa High School, where he lettered in football as well as basketball and track. His football team was especially successful, becoming a four-time State Champion in Class AA. Meanwhile, as a senior on the track team, Cobb finished third in the state meet in the 100-meter dash.

For college, Cobb went to the University of Kentucky. On the football team in his first year, he was selected to the SEC All-Freshman team at quarterback. Cobb posted 11 touchdowns as a freshman; in his second year at Kentucky, he scored 15 touchdowns. By his junior year, Cobb had tied the school record for career touchdowns with 32. He finished the season with 1,017 receiving yards, and decided to forgo his senior year to enter the NFL Draft.

In the 2011 NFL Draft, Cobb was chosen in the second round by the Green Bay Packers. He subsequently signed to a $3.2 million, four-year contract. Notably, Cobb became the first player born in the 90s to play in the NFL when he made his debut in a game against the New Orleans Saints. He posted his first NFL touchdown in the first quarter, and in the third quarter tied the record for longest kickoff return in NFL history, at 108 yards. More success came two months later, when Cobb became the first Packers rookie ever to return both a kick and a punt for a touchdown in a single season. In 2012, he led his team in receptions with 80 and in receiving yards with 954. Moreover, Cobb set a single-season franchise record with 2,342 combined net yards.

Cobb began the 2013 season leading the Packers with 29 receptions. However, his season was limited due to a fibula injury in Week 6. He returned to the field in the regular season finale against the Chicago Bears, where he caught a 48-yard game-winning touchdown pass to give the Packers the NFC North title. Cobb continued to play well in 2014; in his first 10 games of the season, he recorded 54 receptions for 779 yards. He finished the season with 91 receptions and 12 touchdowns. 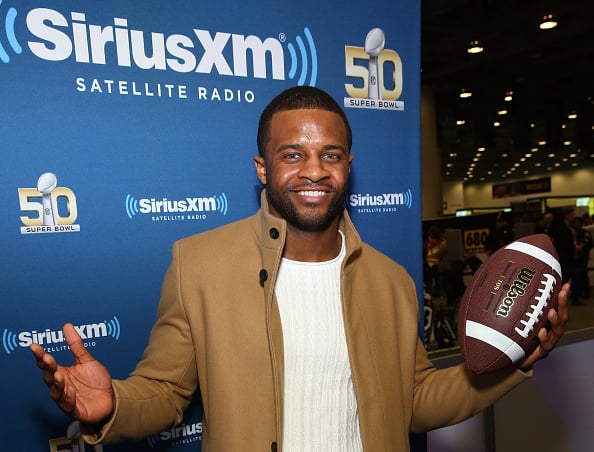 In March of 2015, Cobb signed to a $40 million, four-year contract with the Packers. He went on to have one of his best career seasons, with the highlight being the "Miracle in Motown," the final play in a game that saw the Packers come back from a 20-0 deficit to defeat the Detroit Lions. Cobb finished the season with 79 receptions on a career-best 129 targets for 829 yards, plus six touchdowns. The 2016 season was less great, as Cobb finished with 60 receptions on 84 targets for 610 yards. For the 2017 season, Cobb finished with 66 receptions for 653 yards and four touchdowns. In his final season with the Packers in 2018, he missed many games due to a hamstring injury, and finished with 38 receptions for 383 receiving yards.

In March of 2019, Cobb signed a $5 million, one-year contract with the Dallas Cowboys. In the first week of the season, he caught his first touchdown for the team in the home opener against the New York Giants. In Week 10, he caught six passes for 106 yards; the next week, he finished with four receptions for 115 receiving yards. Cobb finished his only Cowboys season with 55 receptions for 828 receiving yards, plus three receiving touchdowns.

Cobb signed to a $27 million, three-year contract with the Houston Texans in 2020. In a Week 3 game against the Pittsburgh Steelers, he caught four passes for 95 yards, and posted his first touchdown reception. In a Week 7 game against his former team the Packers, he posted eight catches for 95 yards in a 35-20 loss. Following a toe injury in Week 11, Cobb was placed on injured reserve.

At the request of his friend and former teammate Aaron Rodgers, Cobb was traded back to the Packers in the summer of 2021. In Week 12, he suffered an injury that ultimately placed him on injured reserve. Cobb returned for the Packers' Divisional Round playoff game, where the team ultimately fell to the San Francisco 49ers.

Cobb is married to Aiyda Ghahramani, a patent attorney at a Washington, DC law firm that focuses on intellectual property law. During her collegiate career at Rutgers, she participated in track and field, just as Cobb had done in his high school years. Ghahramani went on to attend the New Hampshire School of Law, from which she obtained her JD.

In November 2018, Randall paid $4.8 million for a home in Tarzana, California. Two years later he sold this home to Nick and Vanessa Lachey. The Lacheys sold the home in February 2022 to Naomi Osaka for $6.3 million. 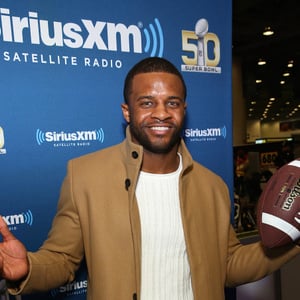