Rae Carruth net worth: Rae Carruth is a former professional football player and current felon who has a net worth of $10 thousand dollars. Rae Carruth was born in Sacramento, California, and excelled at football in high school. He went on to attend the University of Colorado – Boulder on an athletic scholarship.

He was chosen as a first-team All-American in 1996. The Carolina Panthers drafted him in 1997, and he played moderately well during his first season with the team. He began his second season with the Panthers, but a broken foot sidelined him for all but six games. In November of 1999, he conspired to murder his girlfriend who was carrying his baby. She was shot and fell into a coma, and the child was delivered via cesarean section at the hospital. She subsequently passed away. Rae Carruth went on the run, but was finally caught, and is currently serving a 25-year sentence. He is scheduled for release in 2018. Rae Carruth was indeed released on October 22, 2018. 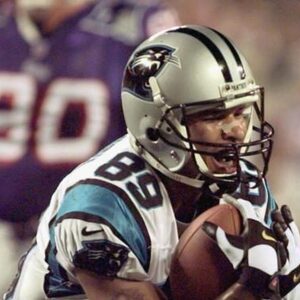