Quincy Carter net worth: Quincy Carter is an American former professional football player who has a net worth of $100 thousand. Quincy Carter was born in Decatur, Georgia in October 1977. He was a quarterback who played at Decatur Southwest DeKalb High School. He played baseball in the minor league system of the Chicago Cubs and was drafted in the 1996 MLB Draft. Carter played his college football at Georgia where he was named the SEC Freshman of the Year and second-team All-SEC in 1998 and 1999. He was drafted #53 overall by the Dallas Cowboys in the 2001 NFL Draft. Quincy Carter played for the Cowboys from 2001 to 2003. He played for the New York Jets from 2004 to 2005. He then played Arena Football and indoor football for the Bossier-Shreveport Battle Wings, the Kansas City Brigade, the Abilene Ruff Ryders, and the Corpus Christi Fury. In 2001 Carter was named NFC Offensive Player of the Week. During his NFL career he threw 32 touchdowns and 37 interceptions. He has also been an independent youth football coach. 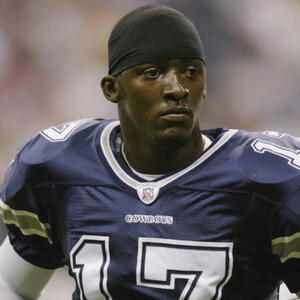