Plaxico Burress Net Worth: Plaxico Burress is an American professional football player who has a net worth of $6 million dollars. Born in 1977 in Norfolk, Virginia, Plaxico Burress plays wide receiver and is currently a free agent. Burress played at Michigan State University in the Big Ten where he was a two-time member of the All-Big Ten team.

Burress was named MVP of two of Michigan State's postseason bowl games. The Pittsburgh Steelers selected Burress with the eighth overall pick during the 2000 NFL Draft. He played for the Steelers until 2004, catching more than 250 passes for 4,164 yards and 22 touchdowns. His rookie season was featured on an episode of MTV's "True Life. In 2005, he signed a new contract with the New York Giants. Burress' most memorable moment with the Giants is his acrobatic game-winning touchdown catch in Super Bowl XLII. The Giants defeated the then-undefeated New England Patriots. After a contract dispute, Burress signed an extension with the Giants before he was released in early 2009 after he accidentally shot himself in a New York City nightcluB.B.urress reportedly carried the loaded gun into the club and ended up with a self-inflicted gunshot wound to the thigh. He turned himself in two days later on criminal possession of a handgun charges. The Giants cut him because of the ongoing legal drama; in the summer of 2009, Burress accepted a plea deal that sent him to prison for two years. He has faced several other legal battles, including allegations of moving violations, a car accident, and charges that he violated a contract with a car dealership. After getting out of prison, Burress earned a one-year deal with the New York Jets. A year later, he re-joined the Steelers, but sat out the 2013 season with a shoulder injury. Burress and his wife, Tiffany Glenn, have been married since 2005. They have two children together. 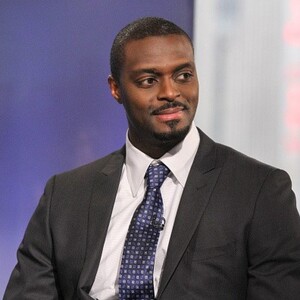