Pierre Garcon net worth: Pierre Garcon is an American professional football player who has a net worth of $16 million. Pierre Garcon was born in Putnam County, New York in August 1986. He is a wide receiver who played at John I. Leonard High School. Garcon was a two time Division III All-American and three time All-OAC at Mount Union College.

He was drafted #205 by the Indianapolis Colts in the 2008 NFL Draft and played there until 2011. Garcon has played for the Washington Redskins since 2012. He won an AFC Championship in 2009 and was the NFL Receptions Leader in 2013. He holds a record for being the Washington Redskins All-Time Receptions Leader in a Season with 113. Garcon is one of only three players in NFL history to have five or more catches in all 16 games of a regular NFL season. In 2012 he signed a five year deal worth $42.5 million. 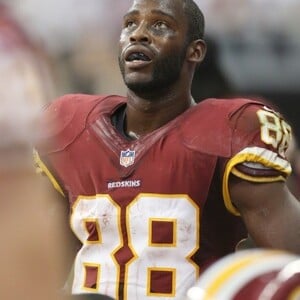