Philly Brown net worth: Philly Brown is an American professional football player who has a net worth of $2 million. Philly Brown was born in Philadelphia, Pennsylvania in December 1991. He is a wide receiver and return specialist who played at Springfield Cardinal O'Hara High School. Brown played his college football at Ohio State University where he was named Second-team All-Big 10 in 2012 and 2013.

He went undrafted in 2014 and signed with the Carolina Panthers where he has played ever since. Brown won the NFC Championship with Carolina in 2015. In his first two seasons he had 52 receptions for 743 yards and six receiving touchdowns. 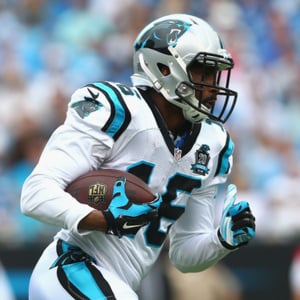