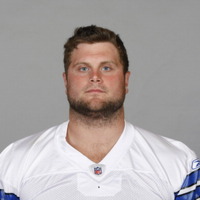 Phil Costa net worth and salary: Phil Costa is an American football player who has a net worth of $2 million dollars. Phil Costa was born in Moorestown Township, New Jersey, and played football throughout his high school years at Holy Cross High School. He was the starting guard, and did not miss a single game in three seasons with his high school team. He then went on to play college football at the University of Maryland. In 2010, he entered the NFL draft, but went unsigned. He was picked up by the Dallas Cowboys as an undrafted free agent to serve as their 4th string center. However, after their second string center was injured, and their third string center proved inconsistent, he became the second string center. It proved to be fortuitous, and it quickly became apparent that he was a valuable member of the team. He played well for the Cowboys for the next year, but a strained knee sidelined him for a bit. He became the Cowboys starting center in 2011. He recently became engaged to Brooke Hogan.