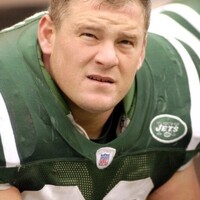 Pete Kendall Net Worth: Pete Kendall is a retired American professional football player who has a net worth of $14 million. Pete Kendall was born in 1973 in Quincy, Massachusetts, and played college football near his hometown at Boston College. Kendall, a six-foot-five, 292-pound guard along the offensive line, earned All-Big East honors twice while with the Eagles. The Seattle Seahawks drafted Kendall with the 21st overall pick during the first round of the 1996 NFL Draft. He made his debut in Seattle later the same year, and played with the Seahawks until 2000. Kendall was part of the Arizona Cardinals from 2001 until 2003, the New York Jets from 2004 until 2006, and, finally, the Washington Redskins from 2007 until 2008. His time with the Jets came to an end amid a contentious contract dispute with the team. Kendall publicly criticized the team for not honoring their promise to raise his salary ahead of the 2007 season; because of this, the team's head coach banished Kendall to the second string. Soon after, he was traded to the Redskins. Kendall, who played in the league for 13 years, retired following the 2008 season. He appeared in 190 career games as a pro and started 188 of them.