Patrick Willis net worth and salary: Patrick Willis is an American former professional football player who has a net worth of $20 million. During his career Patrick earned $48 million in NFL salary alone.

Patrick Willis was born in Bruceton, Tennessee in January 1985. Willis was a linebacker who played high school football for Hollow Rock-Bruceton Central High School. He was named Regional Most Valuable Player and West Tennessee Player of the Year and was a two-time All-State selection. Willis played for the University of Mississippi where he was a two-time First-team All-SEC and two-time All-American. He also won the Butkus Award, Jack Lambert Award, Conerly Trophy, and SEC Defensive Player of the Year in 2006. Willis was drafted #11 by the San Francisco 49ers in the 2007 NFL Draft. He played his entire career in San Francisco from 2007 to 2014. Willis won an NFC Championship in 2012 and was a 7 time Pro Bowl selection from 2007 to 2013. He was also a five time First-team All-Pro and one time Second-team All-Pro. He was the NFL tackles leader in 2007 and 2009 and was the AP NFL Defensive Rookie of the Year in 2007. Willis was a three time NFL Alumni Linebacker of the Year and a two time San Francisco 49ers MVP. He was ranked #10 in the Top 100 Players of 2012 and 2013. Willis announced his retirement in March 2015 after dealing with a toe injury that kept him out for most of the 2014 season. 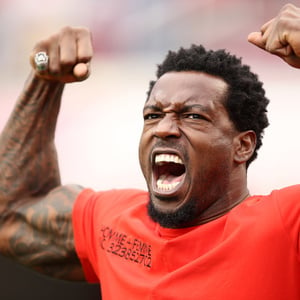