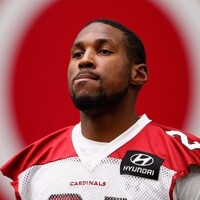 Patrick Peterson net worth: Patrick Peterson is an American professional football player who has a net worth of $10 million. Patrick Peterson was born in Pompano Beach, Florida in July 1990. He is a cornerback who was named Defensive Player of the Year by the USA Today while playing for Pompano Beach Ely High School. Peterson played his college football at LSU where he was named the SEC Special Teams Player of the Year, a Unanimous All-American, First Team All-SEC, and won the Bednarik Award and Thorpe Award in 2010. Peterson was drafted #5 by the Arizona Cardinals in the 2011 NFL Draft. He has played with the Cardinals his entire career. Peterson made the NFL Pro Bowl in 2011, 2012, 2013, and 2014 and is a two-time First-team All-Pro. He was ranked #19 in the Top 100 Players of 2015 and made the list for the fourth year in a row. Peterson holds NFL records for having four punts returned for touchdowns in a single season, having four 80+ yard punt returns for touchdowns, having four rookie punt returns for touchdowns in a season, and for having a 99 yard game-winning punt return touchdown in overtime. In 2014 Peterson signed a five year deal with the Cardinals for $70 million worth $48 million guaranteed.