Patrick Chung net worth and salary: Patrick Chung is an American professional football player who has a net worth of $4 million. Patrick Chung was born in Kingston, Jamaica in August 1987. Chung is a safety who played at Rancho Cucamonga High School. He played his college football at the University of Oregon after enrolling at the age of 16.

Chung earned All-Pacific-10 Conference honorable mention honors and was part of the Sporting News Freshman All-American Team. He was named First-team All-Pac-10 in 2011 and 2014. With 51 he set a record for starting more games than any other defensive player at Oregon. Chung was drafted #34 by the New England Patriots in the 2009 NFL Draft. He played for New England from 2009 to 2012 before playing for the Philadelphia Eagles in 2013. Chung signed with the Patriots again in 2014 and has won two AFC Championships with the team. 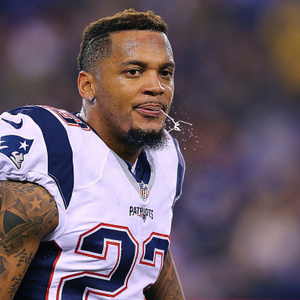