Pat Williams Net Worth: Pat Williams is a former American player who has a net worth of $23 Million. Born Patrick Williams Sr. on October 24, 1972, in Monroe, Louisiana, he played as defensive tackle for fourteen seasons in the National Football League (NFL). Once he finished high-school he enrolled at Texas A&M University where he was on the college football team.

Next, Williams got signed by the Buffalo Bills as an undrafted free agent in 1997, and played in just one game in his rookie season. Having remained with the team until 2004, he was a regular contributor, but did not become a regular starter until the 2001 season. In his final four seasons with the Bills, he started all but four games. Williams also joined the team of the Minnesota Vikings, with whom he was a three-time Pro Bowl selection consecutively in 2006, 2007 and 2008. It was on April 23, 2013 that Pat Williams concluded a one day contract in order to retire as a Minnesota Viking. 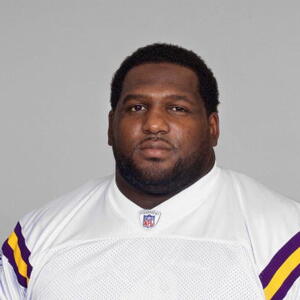