Pat White Net Worth: Pat White is an American football quarterback who has a net worth of $1.5 million dollars. Born February 25, 1986 in Daphne, Alabama, Pat White is currently a member of the Edmonton Eskimos (Canadian football club). He played college football at West Virginia and was drafted by the Miami Dolphins in the second round (44th overall) of the 2009 NFL Draft.

White has also been a baseball outfielder and was drafted in the fourth round of the 2004 MLB Draft by the Los Angeles Angels of Anaheim, and in later rounds by the Cincinnati Reds in 2008 and New York Yankees in 2009, though he never played any of them except in instructional leagues. He was also selected by the Anaheim Angels in the 4th round of the 2004 Major League Baseball Draft and offered a six-figure signing bonus, but declined in order to attend college at West Virginia. White was drafted by the Miami Dolphins with the 44th overall pick of the 2009 NFL Draft and was signed to a four-year deal worth approximately $4.5 million. In a game against the Pittsburgh Steelers on January 3, 2010, Pat White suffered a helmet to helmet collision with Ike Taylor that left him unconscious and he was carried off the field, but released from the hospital the next day. After White was waived by the Dolphins (2010), he signed a minor league contract with the Kansas City Royals on September 10, 2010. On January 25, 2011, White was signed by the Miami Marlins to a minor league contract. White went on to become a member of the Edmonton Eskimos (Canadian football club), where he still plays. 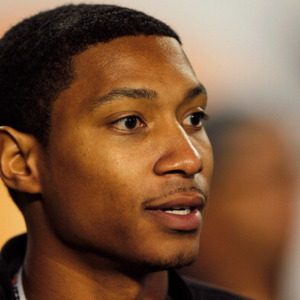