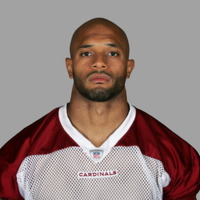 Paris Lenon net worth: Paris Lenon is an American football players at the linebacker position for the NFL's Denver Broncos who has a net worth of $19 Million. Paris Lenon was born in 1977 in Lynchburg, Virginia, where he attended Heritage High School playing football and basketball. Paris Lenon played free safety and quarterback in high school. Paris Lenon played college football at the University of Richmond where he was a three-year starter. During his sophomore season in 1997, Paris Lenon had a career high 104 tackles and was selected t the All-Atlantic 10 Conference first team. Paris Lenon played 45 college games and had 320 tackles, 12 sacks, and four forced fumbles. Paris Lenon went undrafted in the 2000 NFL Draft and was picked up by the Carolina Panthers as an undrafted free agent, but was released by the team in June 2000. Lenon spent the 2000 season out of football and played for the XFL's Memphis Maniax in 2001. For his entire NFL career, Paris Lenon has moved from team to team. He was with the Green Bay Packers from April-July 2001 and then the Seattle Seahawks for two weeks in August 2001. Lenon was re-signed to the Packers in late December 2001 and was there until 2005. Paris Lenon played for the Detroit Lions from 2006-2008, the New England Patriots in 2009, the St. Louis Rams in 2009, and the Arizona Cardinals from 2010-2013. On August 20, 2013, Paris Lenon was signed by the Denver Broncos.