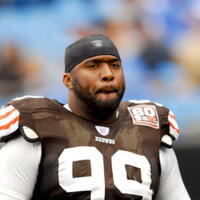 Orpheus Roye Net Worth: Orpheus Roye is a former American professional football player who has a net worth of $13 million. Orpheus Roye was born in Miami, Florida, in 1973. He played high school and college football in his home state and suited up for the Florida State University Seminoles. The Pittsburgh Steelers drafted Roye with the 200th overall pick during the sixth round of the 1996 NFL Draft. He went on to play for the Steelers until 1999 when he signed a free agent contract to join the Cleveland Browns. Roye played in Cleveland until 2007 when he returned to the Steelers for one final season. Following the end of the 2008 season, the Steelers allowed Roye to become a free agent, and he has not played a down in the NFL since. Roye was part of the Steelers' win in Super Bowl XLIII, a 27-23 victory over Kurt Warner and the Arizona Cardinals in Tampa, Florida, in 2009. Roye, a six-foot-four, 330-pound defensive end, recorded 336 tackles, 18.5 quarterback sacks, two forced fumbles, and two interceptions during his NFL career that spanned more than a decade. Roye started all 16 games in a season just four times in his career: in 2005 with the Browns, 2002 with the Browns, 2000 with the Browns, and 1999 with the Steelers.