Olivier Vernon net worth: Olivier Vernon is an American professional football player who has a net worth of $16 million. Olivier Vernon was born in Miami, Florida in October 1990. He is a defensive end who was a top prospect at American High School. Vernon played his college football at the University of Miami where he has 81 tackles and nine sacks.

He was drafted #72 in the 2012 NFL Draft by the Miami Dolphins. Vernon played for Miami from 2012 to 2015 and then for the New York Giants since 2016. He scored his first NFL touchdown in 2012 after recovering a blocked punt against the New York Jets. Vernon signed a five year $80 million deal with the Giants in 2016  which made him the highest paid defensive end in the NFL. The deal came with a $20 million signing bonus and $52 million in guaranteed money. 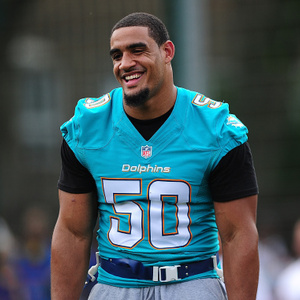