Olin Kreutz Net Worth: Olin Kreutz is an American former professional football player who has a net worth of $15 million. Olin Kreutz was born in Honolulu, Hawaii, in 1977. He was a standout athlete in high school, playing football, running track and field, and wrestling. Kreutz chose the University of Washington as the place where he'd play college football; he earned first-team All-American and Pac-10 honors at the end of his junior season.

Kreutz decided to forgo his senior season and turn pro a year earlier. Kreutz was a top-rated offensive lineman entering the 1998 NFL Draft. The Chicago Bears chose Kreutz with the 64th overall pick in the third round of the draft. He made his rookie debut in 1998 and quickly established himself as a dominant force along the Bears' offensive line. Kreutz was a six-time Pro Bowler from 2001 through 2006 and a four-time All-Pro in 2001, 2004, 2005, and 2006. He was part of the 2006 NFC Championship team with the Bears. Kreutz decided not to accept the Bears' offer of a one-year contract in 2011 and instead took a similar deal with the New Orleans Saints. He started the season with the Saints before suffering a knee injury and quitting the team all together. Kreutz has not played since and appeared in 191 professional games with 183 starts. He and his wife, Wendi, his high school sweetheart, live in Illinois and Hawaii with their four children. 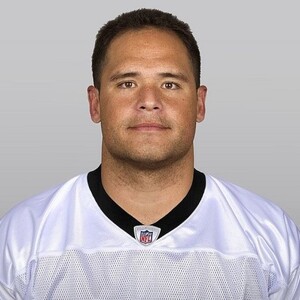