O'Brien Schofield net worth: O'Brien Schofield is an American professional football player at the linebacker position for the NFL's Seattle Seahawks who has a net worth of $14.9 Million. O'Brien Schofield was born in 1987 in Camden, South Carolina and grew up in a suburb of Chicago, Illinois where he played high school football at North Chicago Community High School where he played wide receiver as a sophomore, defensive end as a junior, and DE, linebacker, receiver, fullback, placekicker, kick returner, and punt returner as a senior while also running on the track team.

O'Brien Schofield played college football for the University of Wisconsin Badgers, making his debut in his sophomore season in 2006 in five games, and recording his first tackle for the Badgers in 2007. He had 17 sacks, four forced fumbles, and 33 tackles for loss in his five-year Wisconsin career. O'Brien Schofield was selected with the 130th overall pick in the fourth round of the 2010 NFL Draft by the Arizona Cardinals. Schofield was injured during the combines and draft, and therefore considered a good value because he had first round talent that was picked up at a relative bargain in the fourth round. O'Brien Schofield played for three seasons with the Arizona, Cardinals. He was released from the Cardinals on July 25, 2013 and on July 27, 2013 claimed off waivers by the Seattle Seahawks. In his debut for the Seahawks, O'Brien Schofield had a sack of Carolina quarterback Cam Newton. 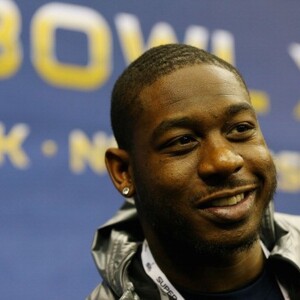