NaVorro Bowman net worth: NaVorro Bowman is an American professional football player who has a net worth of $16 million. NaVorro Bowman was born in District Heights, Maryland in May 1988. He is an inside linebacker who was a standout player at Suitland High School. Bowman played his college football at Penn State where he won a Big Ten Championship in 2008.

He was drafted #91 by the San Francisco 49ers in the 2010 NFL Draft and has played his entire career in San Francisco. Bowman was selected to the Pro Bowl in 2012 and 2013 and is a three time First-team All-Pro. He won the NFC Championship in 2012. In 2013 Bowman was the San Francisco 49ers Team MVP and the NFL Post-Season Tackle leader, as well as winning the Butkus Award – Professional. In 2014 he was ranked #47 in the Top 100 Players of the NFL. 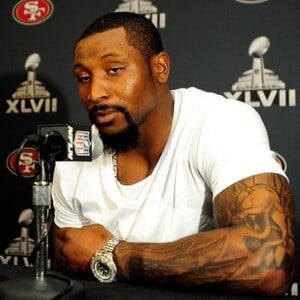